A gunman walked into a Chabad-Lubavitch center outside San Diego during services on the last day of Passover on Saturday morning and opened fire, killing one person and injuring three. The suspect, John Earnest, a 19-year-old white male from San Diego, is in custody.

Around 11:30 a.m., as the congregation had been listening to the biblical verses describing the observance of Passover, the service was abruptly interrupted by gunshots. Once, twice, they rang out from the lobby, fatally striking Lori Gilbert-Kaye, 60, of Poway. (An obituary of Lori (Leah) Gilbert-Kaye can be read here.)The gunman then turned from a distance of about 15 feet and fired on the synagogue’s rabbi, Rabbi Yisroel Goldstein, who later required surgery on both hands and lost the index finger on the right hand. The rabbi wrapped a tallis around his bloody hands and rushed to a room where children were gathered. Six more shots then rang out, injuring 8-year-old Noya Dahan and her uncle, 34-year-old Almog Peretz of Sderot, Israel, who suffered a gunshot wound to the leg as he and Rabbi Goldstein led his niece and a group of children to safety.

As the terrorist paused to reload after entering the sanctuary, his weapon jammed. Oscar Stewart, a Chabad regular and U.S. military veteran, and Jonathan Morales, an off-duty border patrol officer, heroically rushed him. As the shooter fled, Morales shot and struck the shooter’s vehicle four times.

Police evacuated the congregants to a nearby building and began triaging the wounded. But before he would allow himself to be rushed to the hospital, Goldstein turned to his congregation and spoke. He referenced a passage from the Haggadah, read at the Passover Seder: “Not just one alone has risen against us to destroy us, but in every generation they rise against us to destroy us; and the Holy One, blessed be He, saves us from their hand.” He went on to speak about remaining strong in the face of adversity and hate.

Congregation member Minoo Anvari, whose husband witnessed the shooting, said the rabbi called for unity and prayed for peace even after getting shot. “The rabbi said, ‘We are united,’ ” related Anvari, a refugee from Iran. 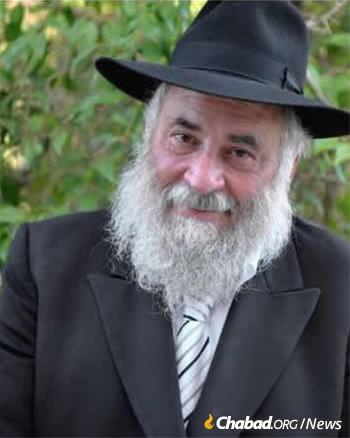 “He prayed for peace,” said Anvari. “Even in spite of being injured, he refused to go to the hospital until he spoke. And he finished his speech and then left the synagogue.”

Goldstein, who is originally from the Crown Heights neighborhood of Brooklyn, N.Y., is also a Jewish chaplain with the San Diego sheriff’s department. Goldstein has been described as “talkative, warm and kind” by members of the Southern California community.

Anvari said her husband told her that the shooter was screaming and cursing when he opened fire.

Poway Mayor Steve Vaus said the congregation was targeted by “someone with hate in their heart … towards our Jewish community and that just will not stand.” The congregation “took security very seriously,” he said.

A Special Prayer at Yizkor Service

Later that afternoon, the police allowed the congregants to regroup in the nearby home of Rabbi Mendel Goldstein, where the prayers were concluded. The service included Yizkor, in which the souls of the departed loved ones are recalled. Having been informed that Gilbert-Kaye had succumbed, they said a special prayer for her soul.

Following Chassidic custom, as the day came to an end, they sat down for a festive meal known as Moshiach’s meal, which included joyous singing and dancing. Mayor Vaus joined them, along with other guests. 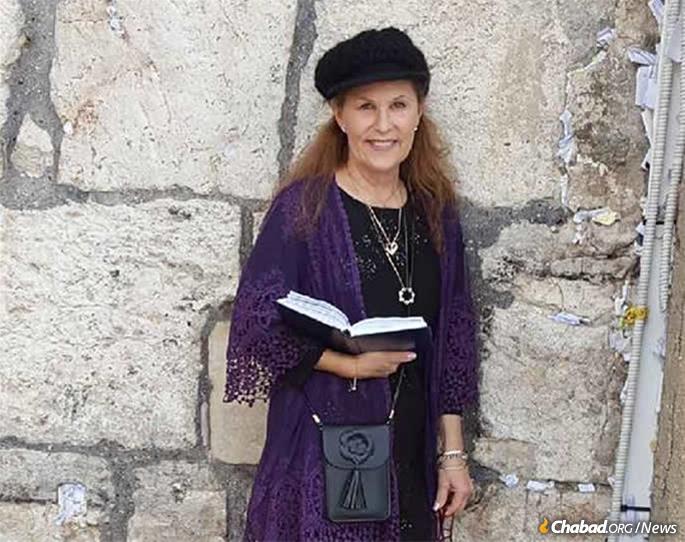 U.S. President Donald J. Trump and others offered thought, prayers and condolences after the attack.

“In the face of senseless hate, we commit to live proudly as Jews in this glorious country,” said Rabbi Yonah Fradkin, executive director of Chabad of San Diego County. “We strongly believe that love is exponentially more powerful than hate. We are deeply shaken by the loss of a true woman of valor, Lori Kaye, who lost her life solely for living as a Jew.”

Most synagogues around the nation had increased security after a gunman opened fire inside Pittsburgh’s Tree of Life synagogue on Oct. 27, killing 11 people.

On learning of the attack there were calls for prayers (Psalm 20), charity and acts of kindness for a complete and speedy recovery of those injured, including the rabbi, Yisroel ben Chana Priva (Goldstein), Noya bat Eden (Dahan) and Almog ben Ruti (Peretz). 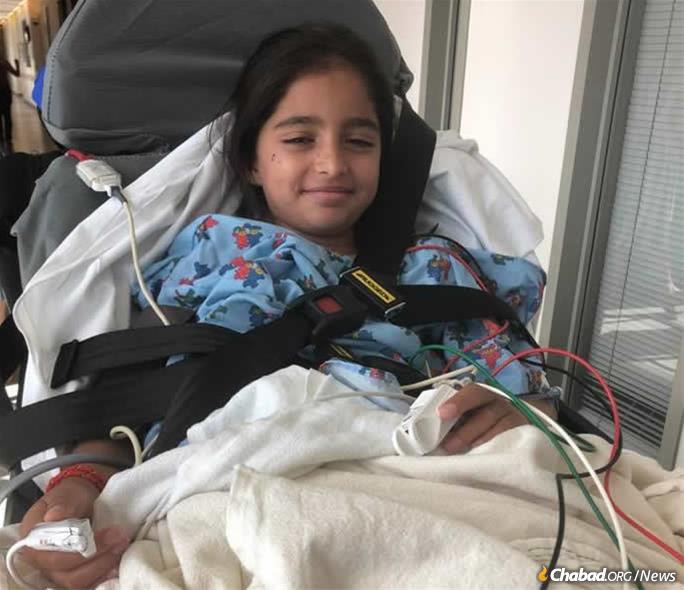 Noya Dahan, 8, was injured in the attack. 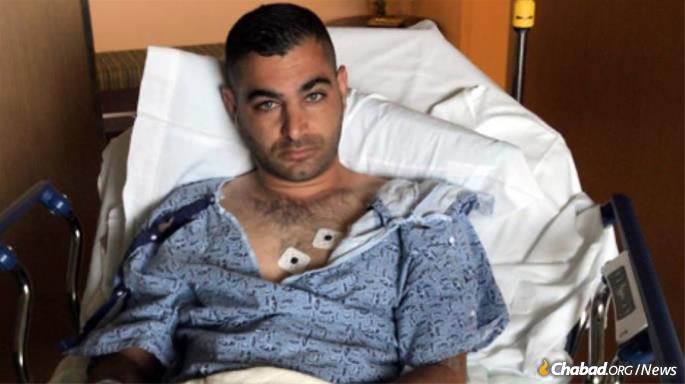 Almog Peretz was shot while rushing a number of children to safety.